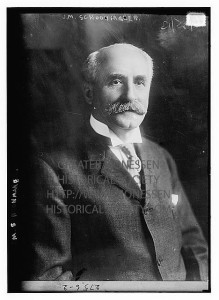 Col James M. Schoonmaker was the vice president of Pittsburgh and Lake Erie Railway Company, whose grand Pittsburgh terminal now serves a new era as Station Square.  A contemporary study of his life is the book, Col. J. M. Schoonmaker and the Pittsburgh & Lake Erie railroad; a study of personality and ideals, by Harrington Emerson.

He enlisted at age 18 in the Union Army and served during the Civil War, as Colonel of the Fourteenth Pennsylvania Cavalry.

Having greatly distinguished himself in his youth as a soldier during the Civil War, the late Colonel James Martinus Schoonmaker during his later career became eminent as a coal and coke operator, banker and railroad executive. A native and life long resident of the Pittsburgh district, he did much to develop t his section of Western Pennsylvania by his courageous building of railroad lines and by his able management of them. Few men of his generation rendered services of a greater importance to their native state and few men enjoyed .to a greater degree the respect, confidence and admiration of their fellow-citizens.

James Martinus Schoonmaker was born at Allegheny, now a part of Pittsburgh, June 30, 1842, a direct descendant of the early Dutch setters of New York. His parents were James Schoonmaker and Mark Clark Stockton. James was a student at the Western University of Pennsylvania when the Civil war broke out and enlisted in a local company of recruits which was assigned to the 1st Maryland Cavalry. During the ensuing thirteen months, he proved himself repeatedly in battle and in command of his troops.

On August 31, 1865. At the first Memorial Day ceremony of the Grand Army of the Republic, Colonel Schoonmaker was one of its leaders and for the next sixty years he paid homage to his comrades.

In commemoration of the fiftieth anniversary of the battle of Gettysburg in 1913, Colonel Schoonmaker was selected, as the outstanding Civil War veteran of the State of Pennsylvania.

When World War I broke out in 1914, Colonel Schoonmaker was one of the organizers of the Pittsburgh branch of the National Security League.

Colonel James M. Schoonmaker married Rachel Cook of Cincinnati. They called their estate on the corner of Ellsworth and Moorwood Avenues “Vollenhouse”.

Col. Schoonmaker was director of Mellon Bank, the Union Trust Company and a member of the Duquesne Club.

He died Oct. 11, 1927 of peritonitis following an appendectomy. 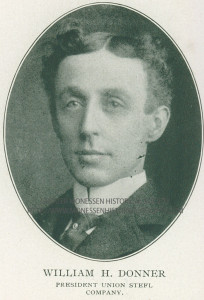 Born in Columbus, Indiana, in 1864, Mr. Donner took over the family-owned grain mill while still in his twenties. In relatively short order, he restored to profitability what had previously been a failing enterprise. The acumen and energy he displayed were harbingers of the success that thereafter attended him in virtually every undertaking.

Before he was 30, Mr. Donner foresaw that the then recent discovery of natural gas deposits in Indiana would inevitably attract new industries to the area. He invested promptly–and with conspicuous success–in real estate. His foresight was rewarded, and the resulting profits largely financed his next major venture. Realizing that the demand for tin plate was increasing rapidly, Mr. Donner became interested in developing innovative technologies that could effect substantial savings in the manufacture of tin plate. By the time he was 30, he had launched the National Tin Plate Company of North Anderson, Indiana; three years later, having patented an ingenious rolling process for tin plate manufacture, he constructed another plant in Monessen, Pennsylvania. Eventually, he sold all his tin plate interest to the American Tin Plate Company.

Mr. Donner’s next venture was in steel products. With the Mellon brothers and Henry Clay Frick, he founded a rod, wire, and nail enterprise, known as the Union Steel Company, of which he was President. Union Steel was based in Donora, Pennsylvania, a town whose name derives from those of Mr. Donner and Nora Mellon. The company was merged with the Sharon Steel Company in 1902, and was purchased in 1903 by the United States Steel Corporation. Mr. Donner later became President of Cambria Steel Company and then Chairman of the Board of the Pennsylvania Steel Company. His final business undertaking involved the purchase of assets which formed the Donner Steel Company of Buffalo, New York, an enterprise he operated successfully until selling his interest in 1929. In that year a merger of Donner Steel, Republic Iron and Steel, and two other independent steel companies was arranged by Cyrus Eaton.

After losing his son, Joseph, to cancer in 1929, Mr. Donner turned his formidable energies to the then infant field of cancer research. He established the International Cancer Research Foundation in 1932 to honor his son’s memory. This pioneering Foundation made grants to a wide range of institutions, including one grant that established the Donner Radiation Laboratory at the University of California at Berkeley to support the innovative work of Dr. John E. Lawrence. The work of this laboratory provided the impetus for what later became the remarkable new field of nuclear medicine. In 1961, The William H. Donner Foundation was incorporated with the endowment originally established by Mr. Donner for the International Cancer Research Foundation.

Following his retirement from business, Mr. Donner spent much of his time in Montreal, where he supported the pioneering work of Dr. Wilder Penfield, then Director of the Montreal Neurological Institute. In 1950, Mr. Donner established the Donner Canadian Foundation, which today is one of the largest national foundations in Canada. William H. Donner died in Montreal in 1953. 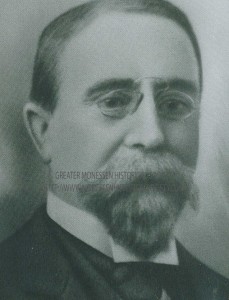 According to McKee family researchers, H. (Henry) Sellers McKee was born on March 5, 1843 in Pittsburgh, Pennsylvania, (although on at least one occasion, McKee himself gave as his date of birth, August 9, 1842*). H Sellers McKee was the son of Thomas McKee (b: 18 Sep 1800) and his wife Henrietta “Hetty” Zillhart (b: 19 Oct 1809). Thomas was a native of Carlisle Pennsylvania, and Hetty, of Pittsburgh. Thomas was a glass manufacturer as were H. Sellers McKee’s uncles, Samuel, John and Daniel McKee. His grandfather William McKee was also in the glass manufacturing business according to the Birmingham Twp. census of 1850. His grandmother was Mary Stewart McKee, daughter of Archibald Stewart, who can be found in many of the banking companies of Pittsburgh.
Henry Sellers McKee had 11 brothers and sisters who were all well to do residents of the Pittsburgh area. Most of them were in the family business of glass making. The original “McKee Brothers” who were with the McKee Glass Co. were Henry’s brothers Frederick (b. 1827) and James (b. 1829) McKee–the two oldest in the family.

“Mrs. H. Sellers McKee, a large, fine-looking lady, although fond of society and active in charitable work, is moreover a devoted mother and fine housekeeper. The McKees live in a lovely Allegheny residence and keep their coach and pair. Mrs. McKee has a number of fine diamonds. Their worth is estimated at well over a million…”

H. Sellers McKee was president of the First National Bank of Birmingham; glassmaker and developer of the use of natural gas in manufacturing. He was a member of the Duquesne Club. Calvin Wells, H S McKee, James W. Brown and M K Moorhead all served as directors of the Exchange Bank of Pittsburgh (established in 1836), located on Fifth Avenue between Wood and Market streets. Charles J. Clarke, Ruben Miller and H. Sellers McKee were directors of the Western Insurance Co, established in 1849. 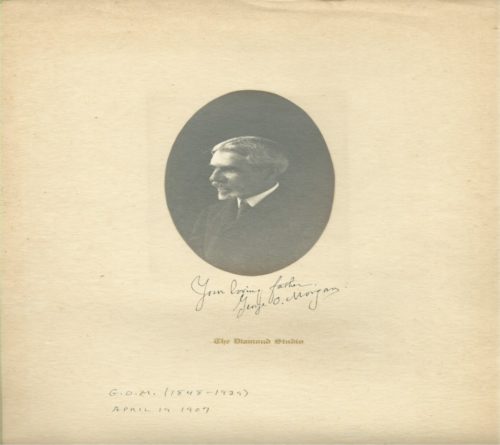 George O. Morgan was born on January 30, 1847, in Leroy, New York.  He was the son of the late Orlando Seth Morgan and Nancy Ward Fife Morgan, and came from one of the oldest American families.  He spent his youth in Canada, before moving to Meadville, where he purchased and ran a daily newspaper.  Later, he would manage two other newspapers in the Greenville, PA area.

He joined the Pittsburgh and Lake Erie Railroad as the land agent to extend the right of the way of the railroad toward the coal fields of West Virginia.  In 1894, with Colonel James M. Schoonmaker, the Vice President of the P&LE, and Henry Sellers McKee, his brother in law, the East Side Land Company was formed to create the town that would become Monessen, PA.  Joining him in the land company were Judge James H. Reed, his law partner, Philander C. Knox, and their office manager, George B. Motheral.

In 1904, he moved from Pittsburgh to the Sewickley Valley, where he spent the rest of his life.  He was a member of the First Unitarian Church of Pittsburgh.

His wife, Harriet McKee Morgan, was the daughter of the late Thomas McKee.  He had two sons, Stewart McKee Morgan and George O. Morgan, Jr., and a daughter, Mrs. William T. Shannon.

George Morgan passed away on April 12, 1929 at his home on Maple Lane, in Edgeworth and was buried in Allegheny Cemetery.